The National Living Wage (NLW) and National Minimum Wage (NMW) rates which will be coming into force from 1st April 2021 have been announced by the Government. 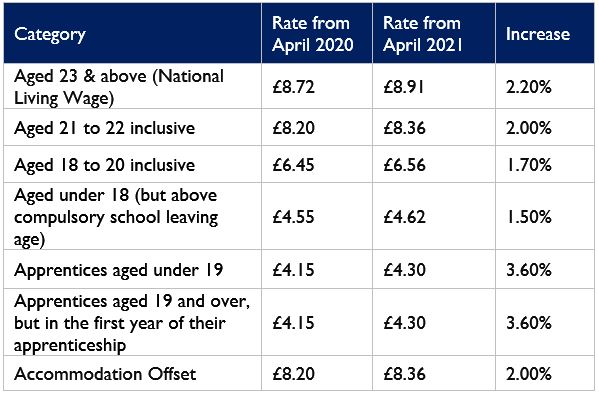 The National Living Wage will increase by 2.2% from £8.72 to £8.91 and will be extended to 23 and 24-year-olds for the first time. The increase in the NLW will mean that low-paid workers incomes rise broadly in line with predicted wage growth; and modestly ahead of projected increases in prices, meaning low-paid workers living standards should be protected.